Selective Calling (SELCAL) can be used on suitably equipped VHF and HF receivers, but in practice I've only seen it employed with HF.

While it seems self explanatory, there are some misconceptions that can be cleared up right here: 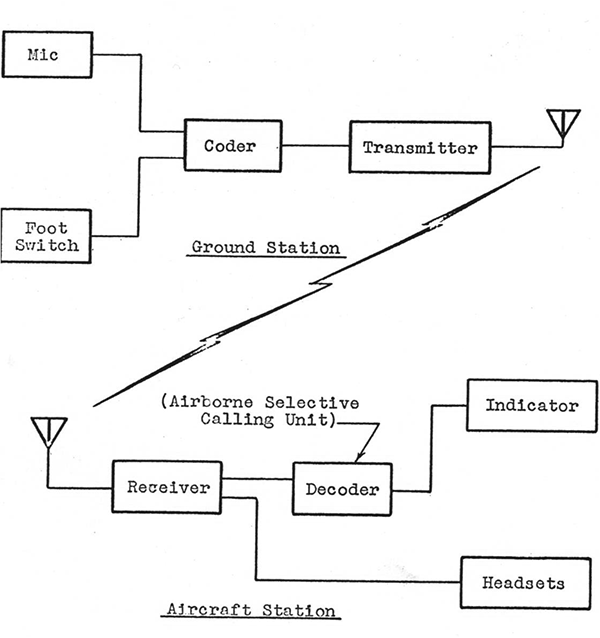 I once shared a hangar with a dissimilar aircraft that had the exact same SELCAL code. We didn't know that until during one crossing our neighbors answered our SELCAL.

Though the users guide doesn't say this, you can figure out from the total combinations number given that there are a few rules in the way the tones are transmitted:

I'm no mathematician but know when to ask for help. Nathan Kudlaty provides the answer below.

Note.— Due to the limited number of SELCAL codes, similar code assignments to multiple aircraft may be expected. Therefore, the use of correct radiotelephony (RTF) procedures contained in this chapter is emphasized when establishing communications via SELCAL.

I don't think anyone does this and doing so would add to the already congested frequencies. In practice, we do a SELCAL check on the primary frequency only. If that were to fail, we would maintain a listening watch rather than reattempt on the secondary frequency, but this is just our preference.

In practice the code is normally assigned to an aircraft, not its call sign.

All questions regarding SELCAL codes should be directed to:

The application process is easy, it costs $100 to apply or transfer but there is no cost to maintain your SELCAL code.

A number of years ago I tried to solve this math problem: how can you determine the number of possible SELCAL codes give the rules of letter selection? I was unable to come up with an elegant solution and asked for help on this page. In September of 2016, Nathan Kudlaty came to the rescue with an idea to solve this puzzle by using a summation function for the first pair of letters. Thanks Nathan!

Before we continue, I did compile all 10,920 combinations on a spreadsheet, linked here: selcal_permutations.xlsx. You can follow along if you like.

All of that is expected. But you would think that by the time your first two letters are RS you will have ended up with no options at all. But that isn't true. Since the alphabetical rule only applies two individual pairs, the behavior is quite unexpected. If the first two letters are RS, the combinations of third and fourth letters still decrease from 13 (AB, AC, AD, AE, AF, AG, AH, AJ, AK, AL, AM, AN, AP, AQ, AR, and AS) to just one (PQ). So I would hypothesize that EVERY combination of third and fourth letters can be written as the sum of possible combinations Y added together from Y = 1 to Y = 13: