When you change your altimeter from QNH is not standard across the world. Fortunately, the way you grew up is pretty much the way most of the world does it and is the ICAO standard.

Not everyone in the world is married to these rules and you will find some areas where you need to listen carefully and question the controller when in doubt. See Mailbox, below, for an example. 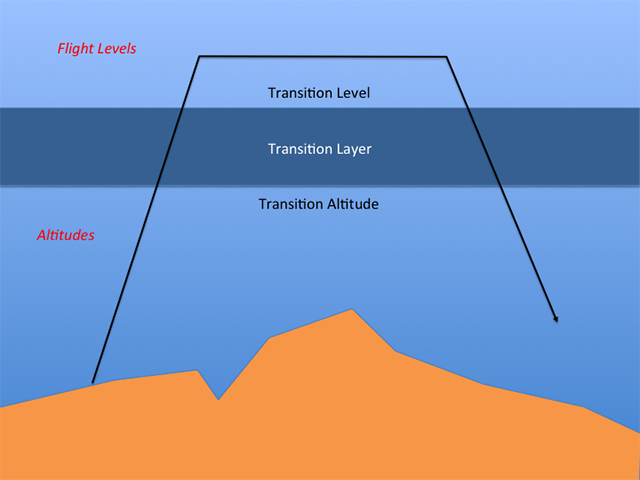 Transition altitude to layer to level and back

The altitude at or below which the vertical position of an aircraft is controlled by reference to altitudes.

The lowest flight level available for use above the transition altitude.

The appropriate ATS unit shall establish the transition level to be used in the vicinity of the aerodrome(s) concerned and, when relevant, the terminal control area (TMA) concerned, for the appropriate period of time on the basis of QNH (altimeter sub-scale setting to obtain elevation when on the ground) reports and forecast mean sea level pressure, if required.

In North America we tend to think of 18,000 feet and FL 180 interchangeably, they are where we switch from QNH to QNE going up, and QNE to QNH going down. We don't speak of transition levels and altitudes, instead AIM 7-2-1 speaks of lowest usable flight levels, which is a way of incorporating an transition layer.

The key takeaway here is the transition altitude expresses the highest possible altitude, above that they don't exist. So when you are climbing, once you've past the transition altitude, they no longer exist so you might as well go to 29.92/1013. When you are descending, the lowest possible flight level is at the Transition Level and once you have past it, you might as well go back to QNH. 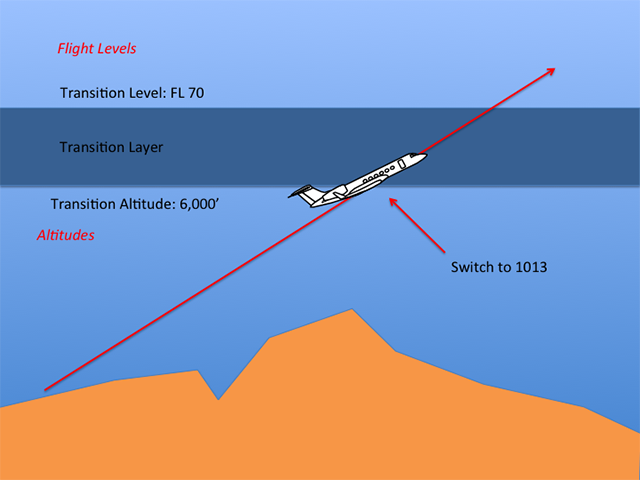 The transition level at Luton will typically be FL 70 unless altimeter setting is very low, in which case the transition level could be higher. In either case, you are concerned with the transition altitude, which does not change. If given a level off below 6,000 feet you will be given that altitude in feet. Make sure your altimeter is set to the local QNH.

Passing the transition altitude, 6,000', you set QNE. You should not be given any further altitudes and your next altitude will be a flight level. 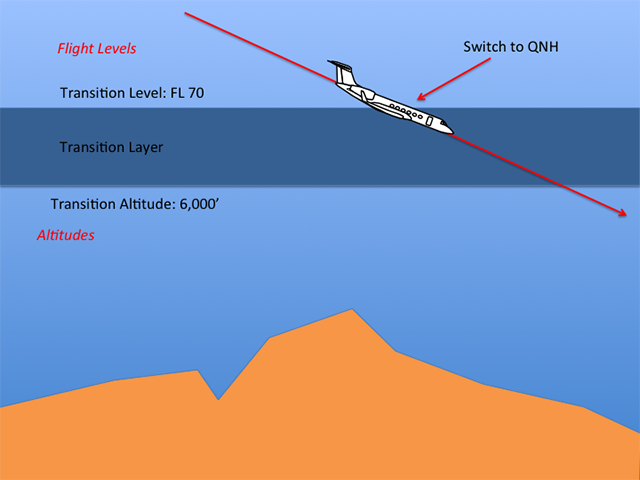 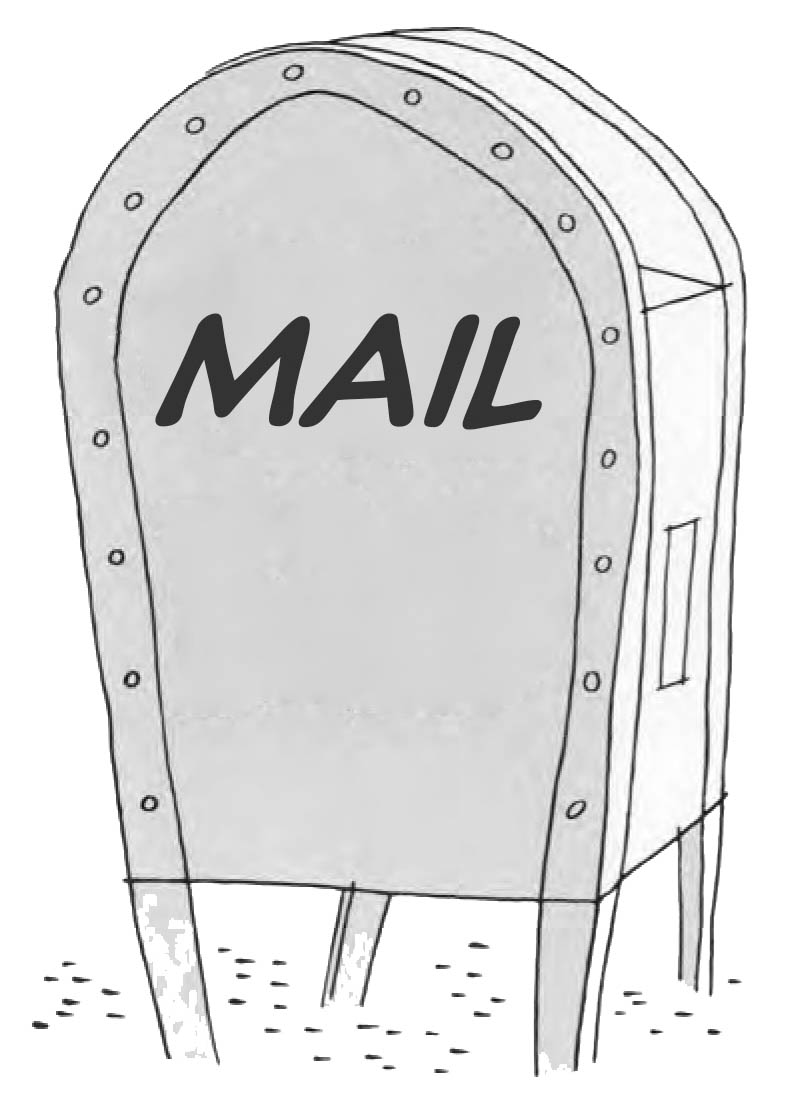 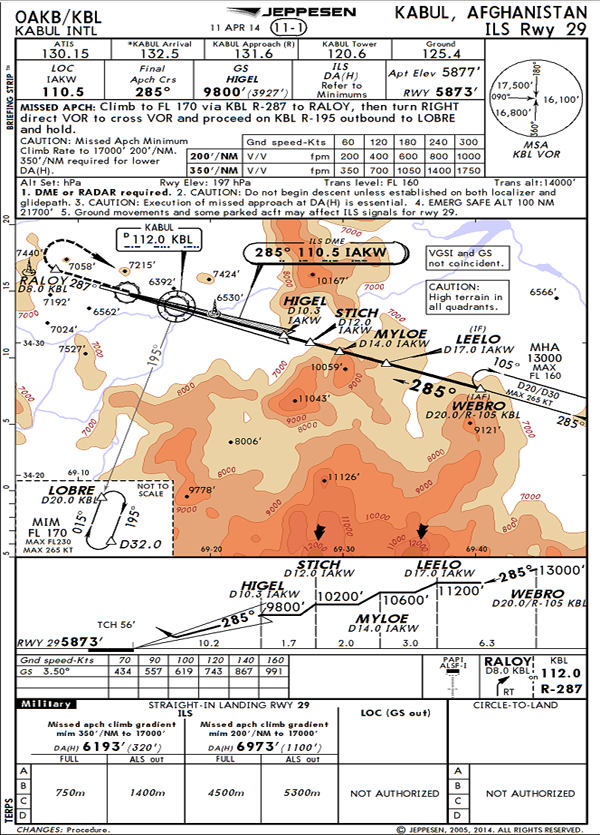 I have a discussion for you on Transition Altitudes / Layers / Levels. Let me say first that you put together the most comprehensive discussion I have ever seen on this subject. My hats off to you sir.

As a former air traffic controller and now a professional airline pilot, I speak from both sides of the radio. So here is one for you to chew on. In Kabul the transition altitude is 14,000 MSL; the transition level is FL160. The question always arises with my fellow pilots, what if you are assigned any FL or altitude from 14,500 to 15,500. My fellow pilots always get stumped. What I tell them it is whatever the controller wants it to be. If the controller says "maintain 14 thousand 500 feet" then it is an altitude. If the controller says "maintain flight level 150" then it is a flight level. We routinely are given assignments in the Transition Layer. And always when in doubt query the controller.

I love all the references you supplied on this subject. One thing I have learned on both sides of the radio is much of what is "correct" in a clearance is the expectations of the controller. Always when there is room for ambiguity in a clearance, ask a simple straight forward question and it will make life much better for both controller and pilot.

You are the king of aviation knowledge. Please keep it up.

You are very kind, thank you. I agree with your philosophy: when in doubt, ask. But I would temper that with a little situational awareness.

If your scenario were to have taken place in the United States, where the transition level is usually FL180, aircraft not under the air traffic controller's purview may fly at 17,500 under visual flight rules. If the local altimeter setting is below 29.42 an airplane flying along at FL180 with a setting of 29.92 could be in trouble. The controller is unlikely to make this mistake but we as pilots should be situationally aware and back up the controller. (We are all in this together, but the pilot has higher stakes in the game.)

You bring up an excellent point; when in doubt, query the controller.

I was flying on a G650 recently and the pilot I was flying with did something interesting and I'm hoping you may enlighten me on, based on your knowledge/experience (I did review your code7700 page on altimeter procedures). Departing from Tokyo (TA=14,000 & TRL=FL140) we got cleared to FL190 when we were at around 4,000'. This pilot went ahead and selected 1013 on his altimeter. I have always waited until I was approaching the TA to set STD (29.92/1013). We discussed this at length but the bottom line is that he flies in Europe and he said the "standard" is now to set 1013 when you get cleared to a flight level; also that this is the "EASA standard" now. What say you?

Unless something has changed since the last publication of EASA Air OPS, I don’t think that is right. AMC2 SPA.RVSM.105 says:

"Emphasis should be placed on promptly setting the sub-scale on all primary and standby altimeters to 1013.2 hPa / 29.92 in Hg when passing the transition altitude, and rechecking for proper altimeter setting when reaching the initial cleared flight level."

I did a word search through the entire manual for “altimeter”, “transition altitude” , and “transition level” and did not come up with anything contrary to that. Besides, it sounds like a lousy technique. When climbing you always have the possibility of being asked to level off at a lower altitude below the transition altitude, and you will need the QNH to do that. On the other hand, if you are cleared below the transition level during descent I think it is a good technique to dial in the QNH so you don’t forget it. If you are given a intermediate level off above the transition level, one button press on most altimeters gets you back to QNE.

Whenever I hear something that surprises me I’ll say just that ("I did not know that!") and ask where I can find that in writing. I even did this when I was a young second lieutenant copilot in the Air Force where older (higher ranking officers) didn’t appreciate being questioned. “Gee sir, I didn’t know that! It looks like I need to get into the books! Where can I find that published so I can study some more?”

I hope that helps,